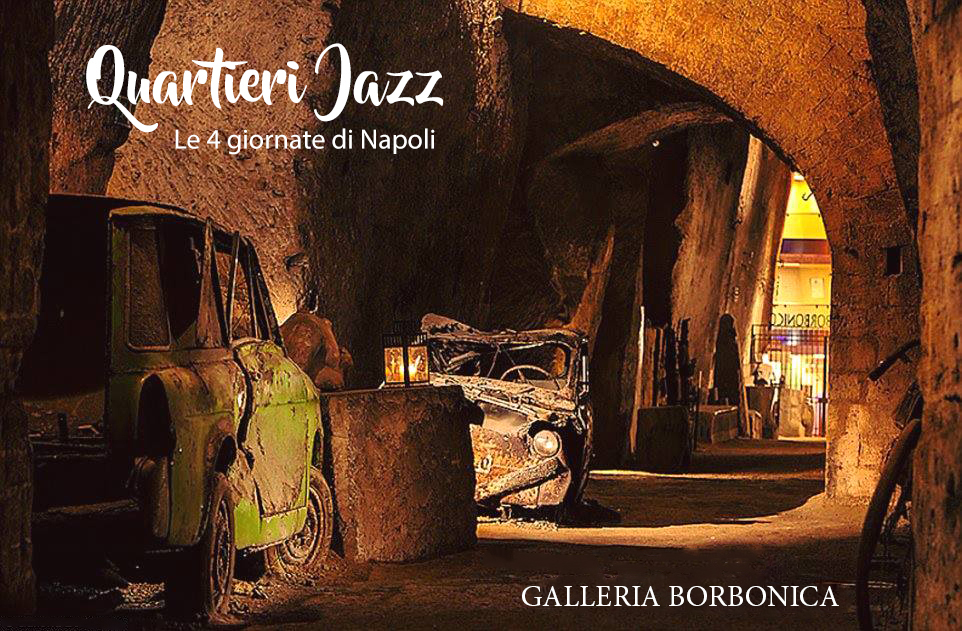 Concert by Mario Romano's #QuartieriJazz.
In addition to their own albums, the Neapolitan band will also be playing tributes to their inspirer and teacher Pino Daniele.

THE LOCATION
The cavern from which to begin this journey into the "belly of Naples" is the one that gives access to this underground tunnel commissioned in 1853 by Ferdinand II of Bourbon to the architect Errico Alvino, a tunnel that would connect the Largo della Reggia (today's Piazza Plebiscito) to Piazza della Vittoria, passing under the Pizzofalcone hill. In the following century, the route was abandoned until, during the Second World War, some of the underground rooms were used as air-raid shelters by the Italian Army Corps of Engineers, electrified and equipped with cots, kitchen utensils and a series of latrines. The Neapolitans could in fact stay in the air-raid shelter for many days. In the post-war period until the 1970s, it was used as a municipal judicial depot where various materials were stored. During the tour, visitors will be able to admire, as an evocative backdrop, fragments of statues, and vintage cars and motorbikes found buried under rubbish and debris and now made accessible again to knowledge thanks to the work done by the president of the Bourbon Association, Gianluca Minin, who over time, with the help of expert guides and numerous volunteers, have proceeded to excavate and clean the Neapolitan underground.

Gallery entrance from Via Domenico Morelli

THE FORMULA
The evening will open at 9.00 p.m. for those who wish to anticipate the ticketing, and then the formation of groups for the walk to the "Standard Route" of the gallery, thus accessing the "Cava Bianca", where there will be a brief presentation and introduction to the concert of the Quartieri Jazz.